Literary love starts early at these spring events in Texas

Whether we’re readers or writers (or both!), there’s plenty of story telling going on in 2020’s first roundup of Texas literary events. Here’s a sample – mostly in North Texas, but sometimes straying further afield.


Now - May 11: Dallas Jewish Bookfest, already in progress. Authors and books to provide a window to the Jewish experience. Next up: Jillian Cantor with In Another Time, January 29, 7-9 p.m., Aaron Family Jewish Community Center, 7900 Northaven Road, Dallas. See the site for ticket prices and other event venues.

Now – May 11: The 29th season of Arts & Letters Live is already in progress. Coming to you from the Dallas Museum of Art, it features literary and performing arts. Humorist Mo Rocca’s January 22 reading is already sold out but check the site for more programs to come. Most tickets $40 for public, $30 for DMA members, $20 for students. Most venues at the DMA, 1717 N. Harwood, Dallas.


January 24: Not a conference, but add #RevPit from Revise & Resub to your contest lineup for a chance to polish those queries and early manuscript pages! Authors have a chance to win feedback and full manuscript edits to get queries ready for submission to agents.


February 20: Highland Park Literary Festival features keynote speaker Hampton Sides at 7 p.m. in Highland Park High School’s Palmer Auditorium. Sides is best known for deeply researched adventure stories set in war or on epic explorations, most recently, On Desperate Ground: The Epic Story of the Chosin Reservoir, the Korean War’s Greatest Battle (named a Best Book of the Year by the Washington Post). Following his address, he will sign books from 8 – 8:45 p.m. Free and open to the public.


May 4-10: This year’s Writefest, the week-long literary festival at numerous venues in Houston, features poet Jericho Brown as keynote speaker. Events include writing workshops, conference, book fair and social events (readings, open-mics and a literary breakfast). Book fair and socials are free and open to the public. Early bird registration for four-day workshops and weekend festival is $350 (plus service charge) through April 1. Check site for specifics and locations.


Alert readers of this blog may also have noticed a gap in last week’s post about contests – WRiTE CLUB. The originator of the readers’ choice contest, D.L. Hammons, just landed an agent for his MG book and is busy preparing a sequel! Will he be too busy to host WRiTE CLUB again? Stay tuned!

***
(Updated to include Dallas Jewish Bookfest)
Posted by Melissa Embry at 11:17 AM No comments: Links to this post 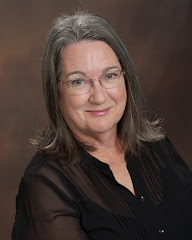